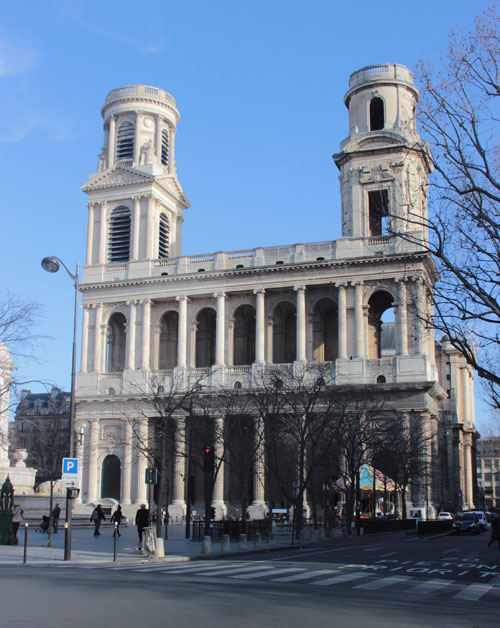 The church of Saint-Sulpice

The village of Saint Germain was built around its imposing abbey. At the time of the left bank expansion, there were many convents such as the Petits Augustins, the Grands Augustins, the Carmes and academic institutions nearby such as the Four Nations College and the Surgery schools.

Its most beautiful buildings reflect the elegance of the 18th century French classical style such as the Hotel des Monnaies and the Saint Sulpice church : the Odeon theatre nearby has a neo classical style. Elegant mansions built by the aristocracy are to be found in rue de Tournon, rue Garancière and rue Férou. Evolving over the centuries, Saint Germain des Prés district retains a particular charm and a village like atmosphere, especially in the small streets located around its ancient abbey and the Place Saint Sulpice. 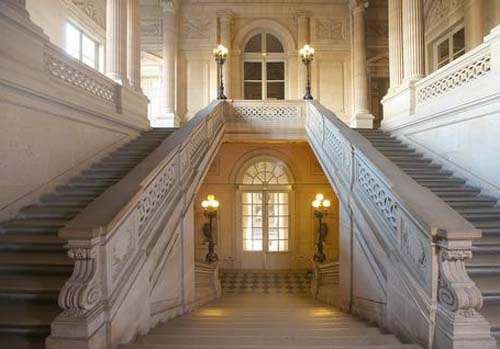 The grand staircase of the Hôtel de la Monnaie

– Meeting point : in front of the church of Saint-Germain-des-Prés.
– Duration : 2 hours.
– Guided tour in English 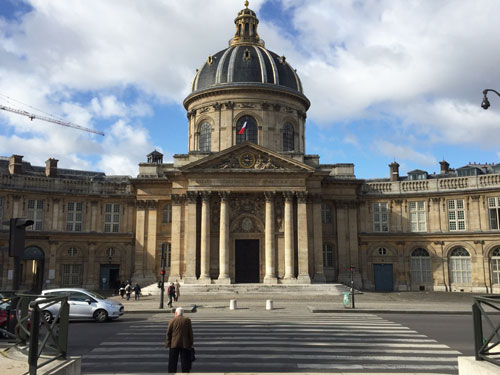 The College of the Four Nations