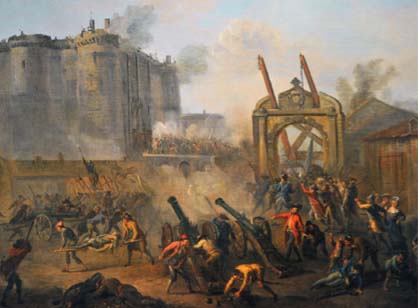 Our trip will allow us to relive the key moments of the French Revolution starting from the Palais Royal and ending at the Place la Concorde which was previously called Place Louis XV.

At the Palais Royal, one of the starting sites of the Revolution, we will talk about Camille Desmoulins and Nicolas de Pâris, the murderer of Marquis de Saint Fargeau. After the royal family was imprisonned, the Committee of Public Salvation moved into the Queen’s appartment at the Tuileries while the Assembly moved into the machine rooms.

We will proceed to the rue Saint Honoré where Olympe de Gouges, one of the first feminists lived, along with Docteur Guillotin and members of the Club des Feuillants, where all the Constitutional Assembly had established its first office (destroyed). Finally, we will arrive at Place Louis XV (La Concorde) where Louis XVI, Marie-Antoinette, Robespierre and Charlotte Corday were beheaded. 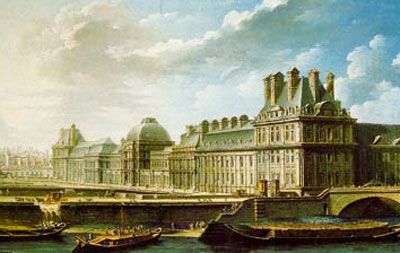 The Tuileries Palace: the scene of many events during the French Revolution